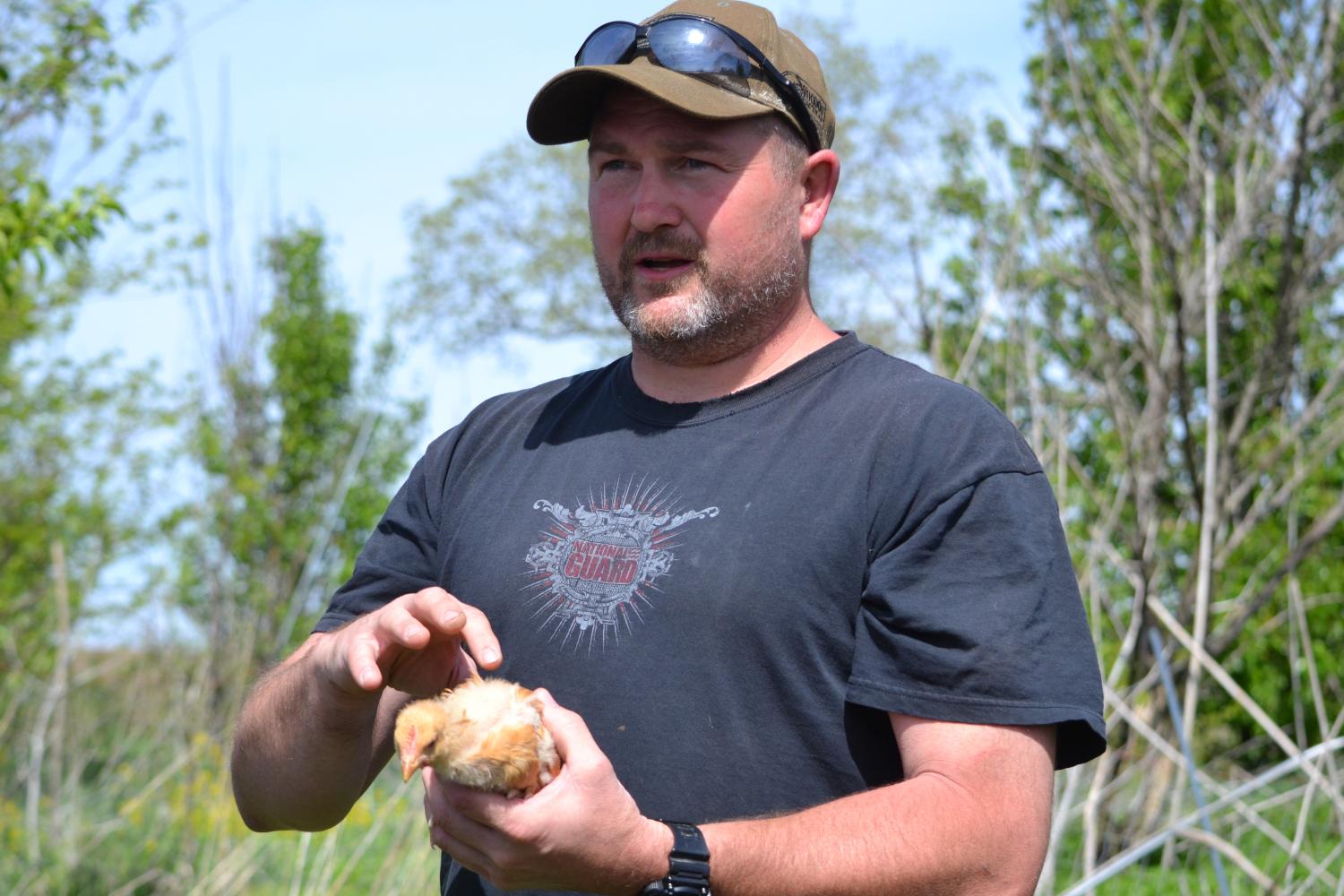 On April 24, 2017 many lives were changed, including my own. Best friends Maria Pessman and Brad Dearing teamed up to take us on an eye-opening field trip to Dearing Country Farms located in The Middle of Nowhere, Illinois. A lucky many from Pessman’s personal fitness class joined forces with Proctor’s environmental science students to experience what goes on behind the scenes of our food. All in the name of free labor! I mean education! We were promised the full experience and trust me, they delivered.

We arrived at school a little to board buses scheduled to depart at 8 am. Of course, with 75+ kids there were a few delays due to the hard decision of who would sit by whom. Once the buses departed, there was a good twenty to thirty-minute ride into unknown territory. The first ten were recognizable, but after that, it was a bumpy trek to the country. A few students from environmental science were making comical connections between our trip, and the recent movie “Get Out.” To pass the time we made a game of making scenarios and stating how we’d escape if we were “Get Out”ed.

Finally, we arrived and were greeted by Dearing who sported jean and a stained t-shirt. He simultaneously stood like the king of a thriving empire and some dorky tour guide gleefully waiting to give us a tour. Oh, wait, he was. Once everyone filed out of the buses we were told to split into four groups for four different activities: planting green onions, placing tomato cages, meeting the animals, and searching for weed(s).

My group placed cages first. We were instructed by Pessman and one of Dearing’s workers to fetch the cages (that were a good mile or two away–not really, but they were far), grab as many as we could without getting tetanus, and then plant them in a grid formation. After a few brave souls made the three-mile journey in the scorching sun, the rest of us placed a few rows of the cages while they collected more. This cycle lasted for a good 20 minutes until we realized we’d be doing this “activity” for 40 more. We slowly resisted, then stopped. Our group realized that no one wanted to actually work, so we split off and made our own fun. Some of us joined other groups, while others searched for chickens. Not long after, chickens were everywhere. Hundreds of chickens everywhere.

In the next “activity,” we planted green onions. Some of us were hoeing lines for the seeds to go in, while some planted, and others just stood around and did nothing. This was far more enjoyable than placing tomato cages, but again, there were hella chickens. Apparently, baby green onions look like worms to chicken, so once we planted them, we immediately had to cover them with dirt or else they would pluck the onions right out of the ground. It was a three-person chore, planting those onions! We’d have to push heavy metal, bend over, and get dirty!

Chickens don’t need middle fingers, they have beaks. Waltzing over to our field and effortlessly undoing our hard work, destroying our ecosystem, and discrediting our labor was beyond disrespectful! I’m a vegetarian, but in that moment those chickens were looking like a full-course meal. We tried chasing them away, yelling at them, and nudging them all to no avail. The poultry fought back by kicking up dirt, hovering around, and aggressively squawking! In the midst of chaos, Ethan Dearing, a nine-year-old bada, dives for a chicken and picks it up; something we were all too timid to do. He threw it out of our way and continued to do so until they were mostly gone.

On the tour, Dearing walked us through the animal section of his farm. We met a cow who after further investigation turned out to be a bull. Past him, we were taken to the chicken coops. Again, chickens were everywhere, and this is when we learned of their diet. Dearing ate a handful of their feed right out of the bucket to demonstrate the quality of his productions. Their feed is comprised of ground corn and organic non-GMO soybeans. He emphasized that all ingredients are safe for human consumption and believes we should be able to eat what they eat since we eat them. One enthusiastic student proposed that chickens eat humans, further confirmed by Dearing. According to him, chickens will eat anything that won’t break their beaks. They’ll peck and peck until their victim is a mere skeleton. After making this statement he walked to the entrance of the coop into the middle of a mass of chickens. He bent down to retrieve a dead chicken barely intact due to infinite pecking. They’re cannibals too.

After a few more activities, we were treated to salad and boiled eggs for lunch. While people laid in the sun and ate, Proctor’s sister made a guest appearance to teach us about the benefits of shopping locally, concluding our day on the farm. All in all, it was a fun day, and an exceptional example of hands-on education. Though the work was hard and they pay was none, I’m glad to have participated.