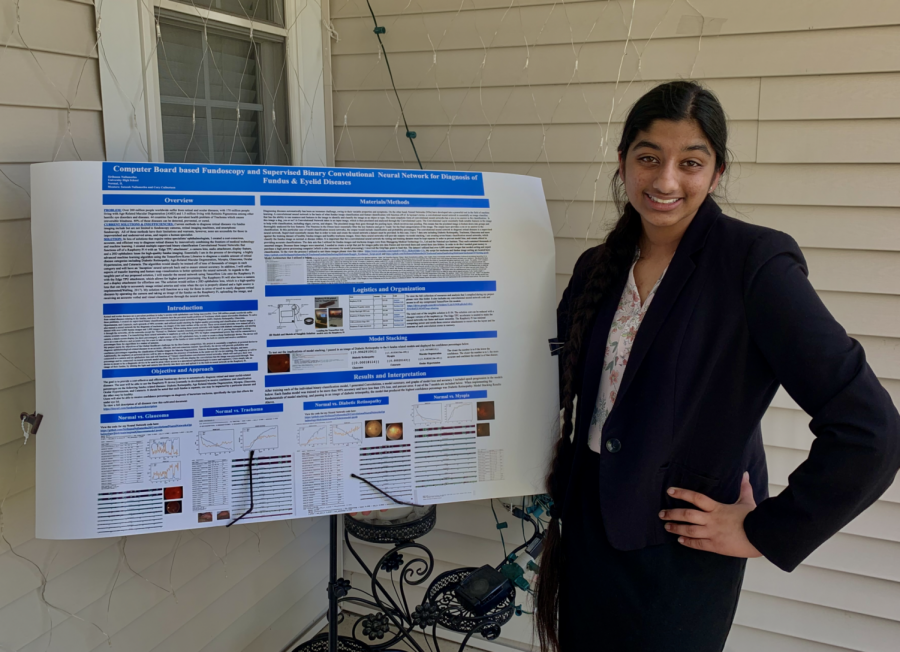 Junior Sirihaasa (Siri) Nallamothu has always dreamed of running her own technology company.

“Summer of 2020 I externed (job shadowed) at an ophthalmology tech company so I could see how tech companies worked,” Nallamothu said.

During her time there, she quickly learned how costly it was to access optical care.

This problem got Nallamothu thinking. She wanted to make optical care accessible to all.

“I started researching more about this,” she said, “and some companies have created algorithms, but they only focused on one disease, like diabetic retinopathy or myopathy, and I was like, that’s not acceptable.” 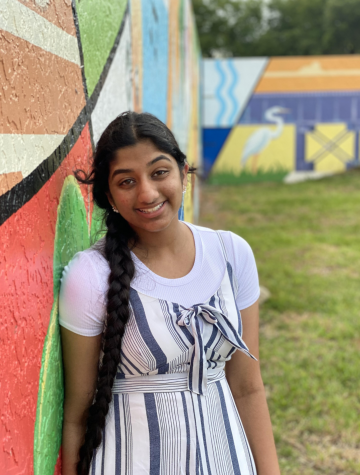 “If most students had approached me with that whole idea, to be honest, I probably would have been discouraging just because that’s a huge test in a year,” Culbertson said. “The reason I was able to say yes is because I saw Siri’s track record with other products and just saw the kind of motivation and initiative she took on even when she was stuck on something.”

Nallamothu’s character was crucial to her success in taking on this project. Along the way, she faced a number of challenges.

“Her first challenge was getting data. If you are training a machine-learning model, you need lots and lots of input data,” Culbertson said. “And not everybody who has this data is just willing to hand it over to somebody else.”

Once Nallamothu found the data she needed, her next step was to sort the data for her neural network. This posed yet another challenge. The data set containing over 8,000 images became too much for her computer to process.

“It was my family computer, and it was already pretty loaded with data but it just couldn’t handle sorting it. So yeah, I crashed my computer,” Nallamothu said. 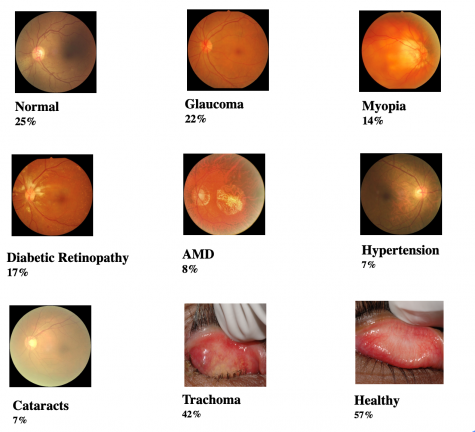 Despite the setbacks, Nallamothu was able to create an impressively complex neural network which diagnosis six different retinal diseases using images of the fundus, the inside, back surface of the eye.

“At the beginning, my project idea was to create these neural networks and create on top of that a device that it’s implemented into so it’s more accessible,” Nallamothu says. “Now my idea is to deploy these algorithms onto the Raspberry PI (pronounced pie), which I did.”

Raspberry PI is a small, affordable computer which she has used to develop her programming skills.

Nallamothu has since gone on to share her research project with various researchers and institutions.

“I was able to present it to people at ISU,” Nallamothu said. “They did a research symposium, which I won for computer science. Also Illinois Biotech, State Farm mentors, and the MIT Undergraduate Research Technology Conference.”

While Nallamothu is still perfecting her neural network, her next focus is sharing her research with others.

“Now I guess it would mostly be getting the word out to people,” Nallamothu said. “Maybe I’ll get this published because it’s not published right now.”

The advice that Culbertson has for Nallamothu is to keep being herself.

“She has a wonderful and rare set of talents and (she should) just own that,” Culbertson said.