Will the roller coaster keep rolling?

Traditions and their post-pandemic legacies 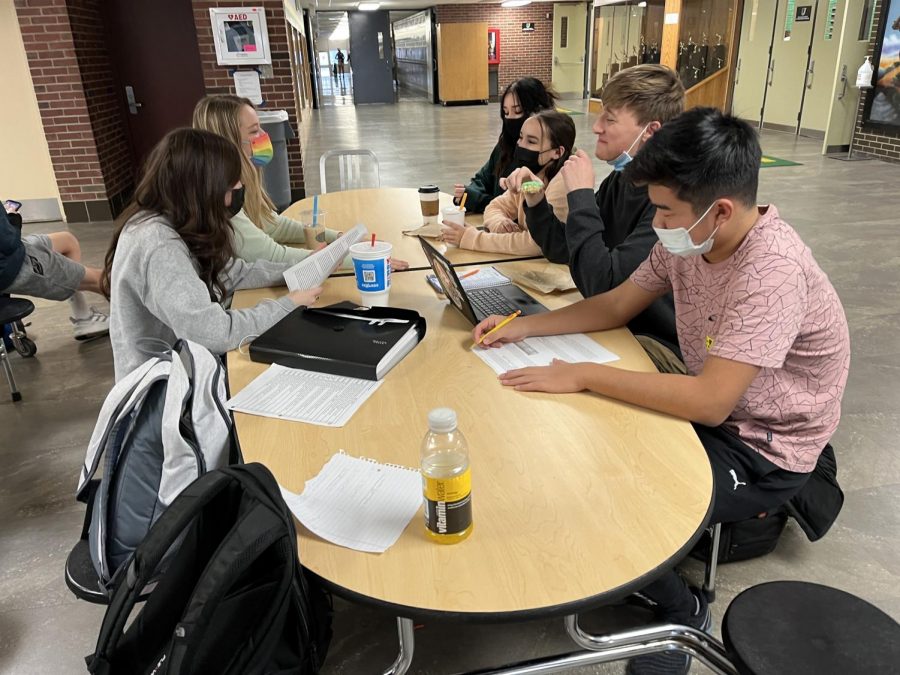 At a time when only one-fourth of the student population has had a full year of in-person learning, many seniors feel as if they are the only ones familiar with U-High-specific traditions.

From clapping at the fall of a metal chair to leaving a rock in the door (despite security concerns), traditions echo, sometimes literally, throughout the school…or at least, they used to. Similar to all other years, each class has a different take on what should stay, be changed, or leave with the seniors, but opinions are divided now more than ever.

Perhaps one of the most endangered traditions is the roller coaster, a “game” where the student section of a sports event follows the spirit stick holder in flinging their arms back and forth replicating the motions of being on a roller coaster.

“I haven’t done the roller coaster since the first day, so I haven’t grown much,” freshman Henry Schaefer said.

“I’ve only done it a couple of times, and I don’t really know what I’m doing,” Casali said.

In contrast, seniors such as Henry Chen said he feels comfortable performing the roller coaster despite the few years in absentia.  He claims he could even lead it!

Now that students are back in person, they all hope to get a few more shots at practicing the roller coaster round out their high school experience.

One hot topic that persists from before the pandemic is the repercussions for juniors parking in the senior lot.

Henry Chen jokingly grumbles at the thought of juniors taking up all of the senior parking spots.

“If juniors park in the senior (lot), they should just be thrown in a trash can. Just get out, just leave the school,” Chen said. “It’s rude and it’s more of a reason not to like them,”

Chen smirked at the fearful freshmen sitting across from him.

Taking a similar humorous approach, senior Alejo Enriquez-Lynd believes that the juniors should be “ejected into space” for their wrong-doings.

“We’ve really gotta crack down on this one,” Checchi said.

Immediately after, I asked Checchi if he’s ever parked in the senior as a sophomore.

Freshman Henry Schaefer sees no need for repercussions, and junior Timi Lawal doesn’t either, as long as the seniors are okay with it.

Disputes over parking may well be a tradition in itself, one that is alive and well despite 18 months of pandemic learning.  However, some traditional practices have been much more disrupted by the past two years.

Regardless of grade level, when asked what to do if a metal chair is knocked over in the lounge, students responded with 100% accuracy: clap. The echo of a metal chair crashing is an obnoxious noise and the collective applause has already happened numerous times this year. Students clearly learned by immersion.

But, when asked which tables are reserved for only seniors, a successful response depended heavily on whether the student had an older sibling who had passed down this custom.

Junior Cody Cusac, Chen, Checchi, and Schaefer all knew the correct answer:  the last two tables in the lounge belong to seniors.

Casali and Lawal either didn’t know the rule or saw it as a place where seniors happened to congregate; they are the first of their siblings to go here.

The only exception to this trend was Enriquez-Lynd who learned the hard way freshman year. Oblivious, Enriquez-Lynd sat down at the sacred tables to eat his lunch and was quickly shooed away by seniors.

Despite disagreements and misunderstandings, hate for the walk from the J-Lot will live on forever. The Pioneers stand united against that common evil.

In the empathetic words of Henry Chen: “The walk from the J sucks!”